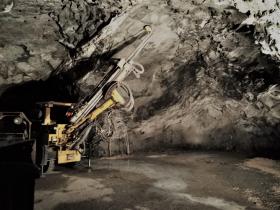 Gravitational-wave (GW) detection and studies have experienced an overwhelming interest in recent years thanks to the first detection of GW emitted in the coalescence of two black holes and to the recent discovery of GW emitted by the coalescence of two neutron stars [1,2] which has opened the new field of multi-messenger astronomy [3].
Three main GW detectors are in operation at present: the two LIGO detectors, located in USA [4] and the Virgo detector in Italy [5]. The Japanese KAGRA detector is expected to join in the next couple of years [6] and finally, in India, the LIGO-India detector should join the network few years later [7].
GW and multi-messenger astronomy will be warranted by these detectors for a few more years at the design sensitivity [8]. Looking at a bit longer time scales of five to ten years, these detectors are expected to reach the sensitivity allowed by infrastructure limitations.
The present detectors are called “Advanced Detectors” because they are the evolution of the “First Generation Detectors” that ran in the past decade. They are based on an infrastructure that is about 20 years old, both for LIGO and Virgo, and that were conceived with the knowledge of gravitational sources and technologies of those years. Nowadays, the detection of GW, the discovery of the existence of high-mass sources, whose studies is favored in the low-frequency regime, the new expectations of rate of events and finally the impressive improvement in all the critical interferometric technologies require and allow for a new generation of detectors, based on new infrastructures.
The GW community started to imagine the third generation detectors and in Europe the community has grown around the ET (Einstein Telescope) project which, funded in various steps by European Community, has firstly produced an ET design study and it is now ready to become a real collaboration and propose the pathway to realize and run the detector when the Advanced detectors will have exploited all their potentiality [9,10, 11].
Many technological developments will characterize the ET detector: it will benefit from novel optical techniques both on laser and optical components, on novel seismic attenuation and control systems, on cryogenic temperature of critical optics and suspensions, faster data analysis systems, new detection schemes and techniques. But, above all, it will require a new infrastructure.
The present arm length was chosen in Virgo and LIGO to be a few km (three and four respectively) mainly taking into account costs. The detectors were placed at ground level, again
considering it too premature to run for underground construction.
In the coming years, those choices, surely well fit 20 years ago, will turn out to be a severe limitation. The ultimate optical design of ET is not yet completely fixed, but the strategy chosen is a
detector projected to be underground, cryogenic and with at least 10 km arm length. The choice of the site for the new infrastructure is yet to be made. The final choice, following the present
schedule of the ET scientific community, is around 2021, compatible with the expected time scale for the successive realization.
One of key elements for deciding the actual site is the seismic and anthropogenic noise. The present Advanced detectors are typically limited in duty-cycle by adverse weather conditions and, more importantly, the final sensitivity at low frequency is expected to be limited by the Newtonian noise [9]. This is the noise on the interferometer’s mirrors produced by gravity field variation due to the movements of nearby masses, for example the ground waves, located nearby the interferometer’s mirrors. Underground sites are needed to reduce this noise at the sensitivity level projected for ET.
In the past years, several case studies have been conducted in Europe to identify an underground site with suitable low noise. These preliminary studies have indicated the Sos Enattos mine as one of the best sites in Europe [9, 12]. In spite of this extremely encouraging result, the Sos Enattos candidature, to become really sustainable, needs further deep measurements and studies that will constitute the activities of the present Project.
The first step is a geological investigation to prove the feasibility of infrastructure, to eventually suggest re-shaping of ET caverns and tunnels to take into account structural stability.
The second one is a complete measurement of seismic and environmental noise with particular attention to the evaluation of the Newtonian noise. The third is an optical design of the ET interferometer fully compatible with the geological composition, the proposal of an suitable Newtonian-noise reduction strategy and finally the computation of the ET sensitivity curve, particularly at low frequencies, attainable at the Sos Enattos site.